New Zealand scientists have been taking advantage of the waka involved in the opening of the New Zealand Festival tonight to conduct research into plastics in our seas.

Throughout the journey from Napier one of the wakas, Te Matau a Maui gathered samples of microplastics to be tested by scientists. A special net attached to the waka was used to collect microplastics as it was pulled through the surface waters.

ESR scientist Olga Pantos says to collect the samples the vessels are required to go slowly.  “The waka are great vessels to carry out the trawls at around three knots.”

Since Te Matau a Māui did a voyage through the South Pacific and saw the levels of plastic pollution they have been passionate about learning more and stemming the flow of this pollutant into the environment.  “The sea is culturally very important to them.”

The PURE Tour and Waka Odyssey Festival has allowed the relationships between Te Matau a Māui trust, 5Gyres, Algalita South Pacific and ESR to come together to carry out the first near-shore coastal sampling and analysis of microplastics in the surface waters of Aotearoa.

The samples of plastic that were collected during the trawls were delivered to ESR and with Canterbury University they will separate out the fragments of plastic from the organic material and test the type of plastics they are made of.

“Plastics pose a significant risk to the ecosystem. Fish and other sea life will eat the plastics. Chemicals associated with the plastics may enter their tissues and may result in bioaccumulation and biomagnification which potentially could have an impact up through the food chain.

Research into this area is fairly new to New Zealand and we need to do a lot more testing on a larger scale to see how much plastic is out there, not only in the marine but also freshwater and terrestrial ecosystems, and understand the risks they pose to ecosystems, animals and potentially humans.”

While there is a lot of evidence of the detrimental effects of large plastic items on animals and ecosystems, knowledge of the amount and distribution of microplastic waste and its impacts on organisms (including species that are food sources for humans) and ecosystems is still lacking.

But Dr Pantos says with the sea being such an important part of New Zealanders lives for both food and recreation, it is research well worth doing. 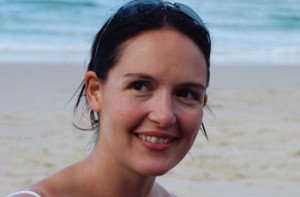