A feasibility study by ESR's Business Intelligence team has shown that combining the data contained in existing fact-based surveillance systems with social media comment could enrich the information that helps inform policy and response decisions.

The study looked at whether multiple tweets from the more than 350,000 Twitter users in New Zealand about things like people feeling unwell, hearing a large explosion or complaining about a strange smell could reflect actual events.

This information was then analysed to see if it could be produced in a form that could be compared to data bases held by ESR.

"There's an ocean of information available on social media but we wanted to see whether we could extract the bits that are a true reflection of what's happening and which could help others, from that which is simply coincidental, mistaken or malicious.

"We are excited that this study shows there is real potential for the combination of hard facts with informed intelligence to help alert or verify people working in areas like health surveillance, crime reporting or environmental monitoring," Mr Riekenberg says.

The study will now be shared with interested parties to gauge interest in expanding and further exploring the concept. 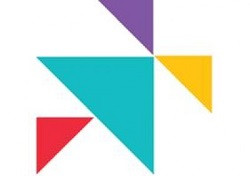