ESR says a further 24 cases of measles have been confirmed over the past week, bringing the total so far in 2019 to 195.

Genotyping of measles strains circulating in 2019 has indicated that, since April, the hot spots for infection have been in the Waitemata District Health Board area and in the Bay of Plenty. There are now also continuing cases in Auckland and Counties Manukau, with occasional cases elsewhere.

Of the 195 cases confirmed so far this year,half have been reported in Auckland, Waitemata and Counties Manukau. In the past week, an additional 12 cases have been confirmed in Counties Manukau and five more in Northland (bringing the total in this region to eight so far in 2019).

ESR Public Health Physician Dr Shirley Crawshaw says currently-available vaccination is the best protection people can have against measles. They need to have two MMR (measles, mumps, rubella) vaccinations, as part of the National Immunisation Schedule (age 15 months and 4 years).  Anyone born in or after 1969 who has not had two documented doses of vaccine can be vaccinated for free if their GP has sufficient supplies. 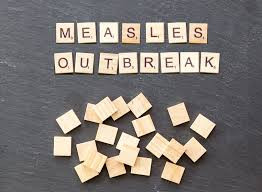