There were another 69 confirmed cases of measles in the past week, taking the number of cases for 2019 to 516.

Counties Manukau has now had 241 cases so far this year.

Nationwide the number of hospitalisations for measles is now 198.

The last time measles cases were this high was in 2011 when 597 cases were notified.  The 2011 outbreak was largest annual count since the last measles epidemic, which peaked in 1997 with 1984 cases. 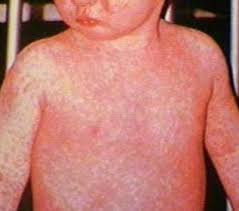