A decision was made to export the redundant source back to its country of origin (Australia) for disposal. The source was manufactured by the Australian Nuclear Science and Technology Organisation (ANSTO) in 1991. Under international best practice ANSTO may accept the return of such sources upon completion of their useful life.

ESR established a project team in early 2015, to work closely with ANSTO, to arrange and finalise the repatriation of the Cobalt 60 source to Australia.  A steering group of senior managers, including legal counsel, provided ongoing advice and support to the project team to ensure they considered all risks, costs, issues and options relating to the disposal.

The source transfer operations were undertaken by qualified and experienced personnel specifically licensed under the Radiation Protection Act. 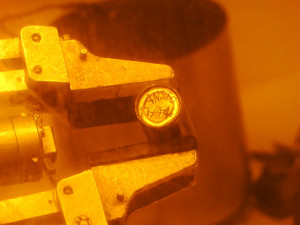