A visiting US scientist, Michelle Peace, is warning of the potential hazards of vaping.

Michelle Peace, who is in New Zealand as the International Vision Fellow of the Institute of Environmental Science Research (ESR), says a whole culture has grown up around the use of e-cigarettes, which many people regard as being safer than tobacco.

But Dr Peace says while e-cigarettes may be “healthier” than normal cigarettes, that doesn’t mean they are “healthy”.

“There are many questions about the product, particularly about the quality of the e-liquids that are used, the lack of regulations around vaping products in general, and the potential of addiction.”

Dr Peace says other unknowns include what the effects are from second hand inhaling of the vapour from e-cigarettes as well as the potentially dangerous by-products created by the heat generated by a vaping device.

She says the presence of ethanol in e-cigarettes is also raising concerns about drink-driving breath testing, with the potential of a driver who has been drinking, being pushed over the legal limit if they’ve also been vaping.  There are also questions around a driver, who’s been vaping confusing a breath test.

Dr Peace says vaping has its own culture – with the act of creating large amounts of vapour known as “cloud chasing”. 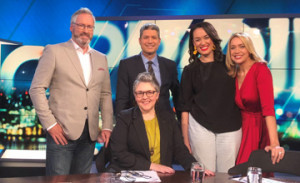