Christchurch-based ESR Senior Scientist Olga Pantos and Research Assistant Hayden Masterton set sail out of Tāmaki Makaurau in June 2021 and headed north on a voyage of scientific discovery, looking at the prevalence of microplastics in coastal surface waters between Auckland and Opua, Te Tai Tokerau (Northland).

Olga says the voyage was about raising ocean literacy through science. All up, she collected 108 samples that are now being analysed for microplastic concentration at ESR’s Christchurch Science Centre. As Olga says, microplastics are a big problem that need to be researched: “the same properties that have made plastic such a popular material, including its cheap price, light weight, high resilience and versatility for instance also make it a huge problem in both aquatic and terrestrial environments.”

The expedition, which focused on microplastics and marine biosecurity risks, included scientists from several other New Zealand science institutes as well as artists and educators. For Olga, the highlight of the voyage was calling into communities along the way and sharing her research about how harmful microplastics are to our marine environment.

“The shore-based outreach went really well. About 40 people attended the Whāngarei hui, and it was a good chance to meet with new and old colleagues from other agencies, especially after a year of Zoom calls. Staff from other agencies came along, joining people from the local council and wider community.

“We put the call out to local schools and many kids turned up, and we had hands on presentations about microplastics - about what they are, where they come from, and why we are concerned about this issue. This was done onboard the S/V Manawanui whilst it was moored at the marina. The kids got to get a feel for what it was like working on the water and what our research entails. They really got the issue of microplastics, and it was a highlight seeing their interest in this research and inspiring them about the magic and value of science.”

Olga’s flare for articulating even the biggest environmental issues with tamariki is not surprising, given the Nanogirl podcast series in which Olga discusses microplastics won Best Children’s Programme at the 2021 New Zealand Radio Awards.

The excitement of seeing bottlenose dolphins during the sailing, and eagle rays, octopus, and small aquatic creatures during the last day of sampling was put into perspective on seeing polystyrene floating on the surface of the water in a sea cave at the Poor Knights Island – one of Aotearoa’s most iconic marine reserves– a real world validation of how the source of pollution is not the site of impacts, and why Olga’s microplastics research is so timely and important. 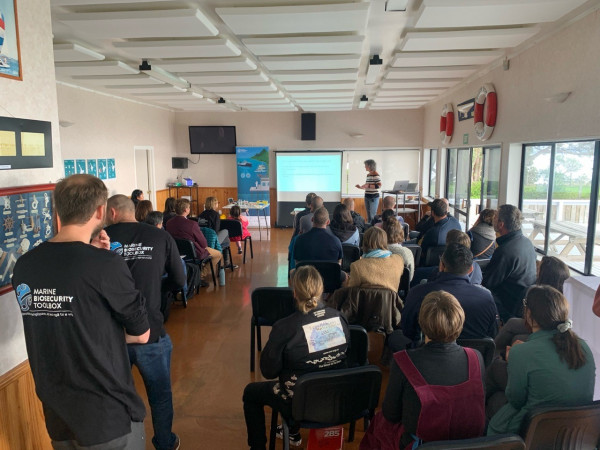 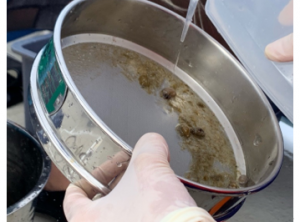