The increasing number of cases of Group W Meningococcal disease (MenW) has prompted ESR to increase its reporting on the disease to the Ministry of Health.

ESR, which conducts surveillance of notifiable diseases on behalf of the Ministry, has upped its reporting to weekly.

A public health physician at ESR, Jill Sherwood, says the number of cases of MenW has risen over the past three years from five in 2016, 12 for last year, and to 25 so far this year.

“When we started to notice the numbers rising, we began increasing our reporting.  For the past 12 months we’ve been reporting to the Ministry bi-weekly, but in light of the most recent numbers, we’ve moved that to reporting on a weekly basis.”

She says the increase in the number of MenW cases notified in the past two years has been significantly higher than average annual notifications for 2012-2015 (2.5 cases).

Cases more commonly appear in the months of August to November.

“Although the number of MenW cases in New Zealand is still relatively low, there is an increasing trend in notifications and a recent change in the sequence type similar to the UK, Australia and Canada,” Dr Sherwood says. 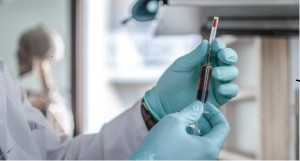