The government’s environmental health agency, ESR, says reports of contamination in three Canterbury rivers stresses the importance of the need for a Freshwater Microbiological survey of New Zealand rivers.

The independent testing by Massey University’s Institute of Agriculture and Environment, commissioned by Fish and Game was undertaken from above and below three large dairy farms on the on the Ashley, Selwyn and Rangitata rivers in May and September.

ESR says the last time a national survey was completed was almost 20 years ago and since then there have been significant changes in land use, management practices and marked improvements in testing and analysis.

In 2003, the Ministry for the Environment and the Ministry of Health developed Microbiological Water Quality Guidelines for Freshwater Recreation Areas.

ESR says the previous study did not look for antimicrobial resistant organisms nor pathogenic E.coli, such as STEC.

ESR’s Health and Environment General Manager Libby Harrison says the level of E.coli bacteria in water has become a proxy for water quality. Hundreds of millions of dollars are being spent to meet guideline values. In some regions, 70 per cent of rivers don’t meet these guidelines.

She says what’s needed is an updated national microbiological survey and a revised risk assessment to determine the relationship between microbial indicators and pathogens.

“What this latest report in the media highlights is that a survey is well overdue because of the important relationship of the health of our rivers to public health, Dr Harrison says.

“It will also help ensure that the significant amount of money being spent by councils and the public to meet water quality guidelines is appropriately targeted, based on the latest science.” 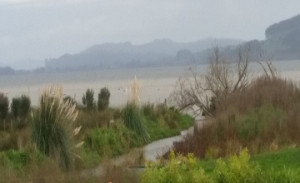